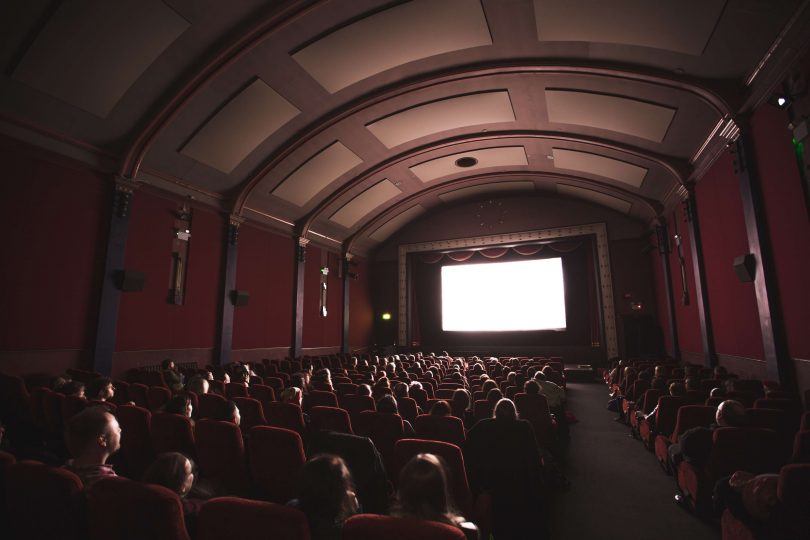 Now when it comes to entrepreneurship, the best thing to always keep in mind is that there always has to be some string of motivation so as to initiate that necessary drive. There are indeed many different forms of things to bring it about whether its books, something you heard on a radio presentation or in this case, movies.

This article will give you a full-blown insight into the movies that have come out and that you as an entrepreneur or one who wants to get into the potential swing of entrepreneurship should take the time to watch these movies because these movies are bound to give you the best kind of perspective when it comes to the private enterprise world.

This is a list of some of the most motivational movies that have come out and have had some of Hollywood’s biggest names involved:

Here’s a movie that a lot of people have heard of even if they have not seen it. Starring the man himself, Sylvester Stallone, back in 1976, this was a movie that has to be watched because it really shows you how far someone is willing to go so as to make a better life for themselves as well as to capture whatever opportunity that happens to be presented.

To make it even more intense was when the second Rocky movie came out and had Sylvester Stallone going head-to-head with Dolph Lundgren who had made his debut as the Russian boxer who had taken down Rocky Balboa’s friend during a boxing and how Rocky began doubting himself. It truly gets emotional because you really see how one’s motivation can be affected by some other factor but it still is beautiful how despite all the tragedy Rocky overcomes everything.

Now when it comes to entrepreneurship, one must know how to hold his or her own and to develop a strong competitive spirit, and this movie does that in every essence of the word. This will perfect for giving you the willpower to take on any challenge that comes your way.

This movie, hands down, is indeed the most critically acclaimed movies that have ever shaken up Hollywood. Starring the highly-respected Marlon Brando as the Godfather, this was a movie about the development of a small mafia family that as well as its battling off the other mob families. As you watch the movie, it allows you to observe how the small family business finally becomes literally the largest crime syndicate in New York.

Things to also pay attention to is how the Godfather and his son run their businesses as well as how they maintain their rank at the top compared to the other mob families in the city.

Indeed the best kind of movie to watch so as to learn a few tricks about how to keep a business going and keeping it at the top.

This is a movie inspired by the true story of the Oakland Athletics and its General Manager Billy Beane, acted by Brad Pitt.

This was during a time when the Athletics had been losing lots of money and a good portion of their players had been bought by bigger teams and the general manager had to figure out some kind of solution of reviving his team without as much money that would be necessary to regain any of the previous talents.

What makes this movie motivational is the fact that it can show entrepreneurs can be imaginative when it comes to thinking up ways of doing business as well as handling the competition without having to spend a lot of money.

Another class movie that cannot be forgotten no matter what starring another Hollywood “Powerhouse”, Tom Hanks, also known for his role in “The Green Mile” (also a great movie worth taking the time to watch), he stars as a young man named Forrest Gump who is seen as nothing more than a fool, but somehow someway he finds himself becoming an international ping-pong champion, goes to Vietnam and is able to be a hero amongst his fellow soldiers after saving their lives and he even becomes an international phenomenon by simply running non-stop throughout the United States. All he did was simply live his life how he felt was appropriate, partly thanks to his mother’s teachings.

The best part of this movie there are moments when you as the viewer begin to relate with Tom Hanks’ character and by the time the movie ends it allows you to open your mind and helps you realize that even if you are not some kind of business genius, it still does not mean that you cannot make something of yourself, all you need is the right kind of effort and desire to try.

You should have seen that this was going to be on the list. This is about the one and only, Mark Zuckerberg, the founder of Facebook and how despite all the “bumps in the road”, he was able to make his dreams come true.

A perfect movie for any up and coming businessman or businesswoman because for anyone who takes the time to watch this movie it will teach you the concept of being flexible as well as knowing what kind of mind frame it will take when it comes to starting a new business as well as working with other men and women who are involved in the development of the business.

To end this, I definitely was not going to leave without including this movie among this list of truly motivating movies to be watched.

Before you ask, this is not in reference to the blue, wise-cracking, teleporting mutant from the X-Men movies. The first time I watched this movie, it truly was a lot better than I expected it to be. Jake Gyllenhaal does not disappoint.

Now this movie is about a man who simply goes job-hunting but is not lucky to be unable to get one. Surprisingly, a chance just so happens to open itself to him after witnessing a crime and he finds himself becoming a crime journalist.

Indeed many do go ahead and do what they can to try and be what they feel like they are destined to become but this movie truly shows you that with the right amount of belief in yourself and in your dreams, you can become anything you want to be.

Taking the time to observe the characters in these movies as well as seeing how they handle whatever obstacles that are tossed in front of them and how they conquer, this can be perfect for any of you young entrepreneurs to know what to expect as well as give some of your veteran entrepreneurs new ideas about how to run your business or businesses as well as maintain it so as to help it last longer for now and hope to the distant future.

Angelo Clark began his internet marketing career in 2005 as a performance-based advertiser. His passion involves traveling around the world and helping beginners and companies alike build profitable businesses online.

Please disable Adblock for this site.